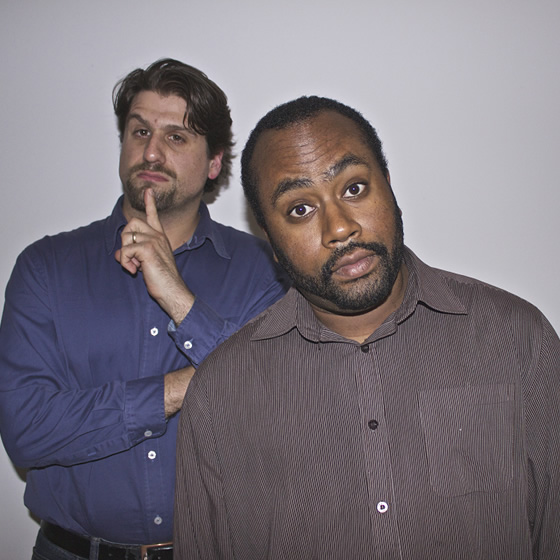 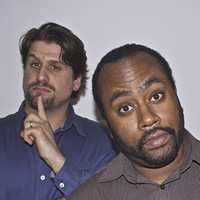 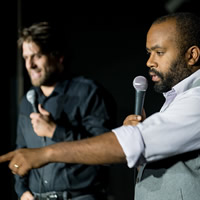 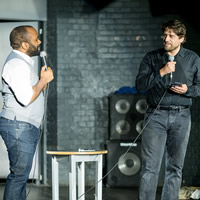 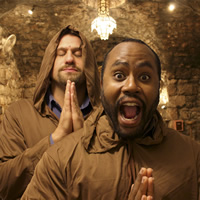 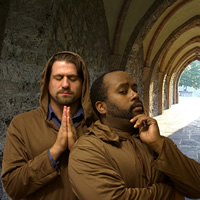 "I expected something squeaky clean but they came up with a pretty edgy skit…a rather good one.” Bruce Dessau, Beyond The Joke

“That rarest of things in comedy a Christian sketch group.” Time Out

“…(The Monks)…in many ways sound like an old school Oxbridge style of act…but the material was much darker.” Chortle.co.uk

“…darker than I was expecting, and good fun” NottsComedyReview

The Monks are Kevin Moore and Yazz Fetto. They think they can lay claim to being the only Christian comedy sketch group in the UK. As such, they not only do shows in clubs, pubs and small sweaty comedy rooms but also chapels, churches and small sweaty vestries.

Following the sell out success of their 2013 fringe play ‘Hallelujah House’, The Monks have put together a new sketch show called ‘The All New Ten Commandments’. The full version of this show is 60 minutes but The Monks often perform sections of the show for sets at clubs. These sets vary in length from 5 minutes to 30 minutes.

Each of the commandments gets the comedy sketch treatment; some get more than one, making this perhaps one of the best value sketch comedy shows ever! Even penny pinching, backstabbing disciple Judas Iscariot would approve!

Both Yazz Fetto and Kevin Moore are available as individual comedians and MCs.

To book or enquire further about The Monks please
Contact AEH